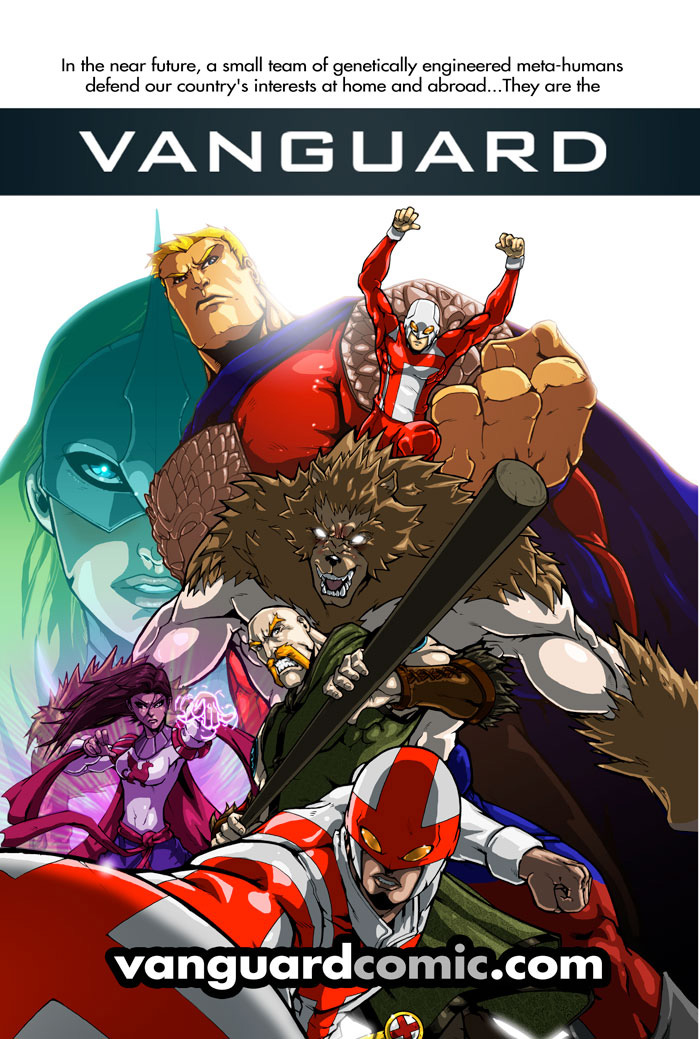 In the near future, a small team of genetically engineered meta-humans defend our country's interests at home and abroad…They are the Vanguard. Updates Wednesdays and Fridays

All 11+ issues can be read for free at: VanguardComic.com

The creator of the Vanguard, Dan Butcher is also a host on the Awesome Comics Podcast!
Go check it out (We especially recommend episode 50...no particular reason 😉 ). 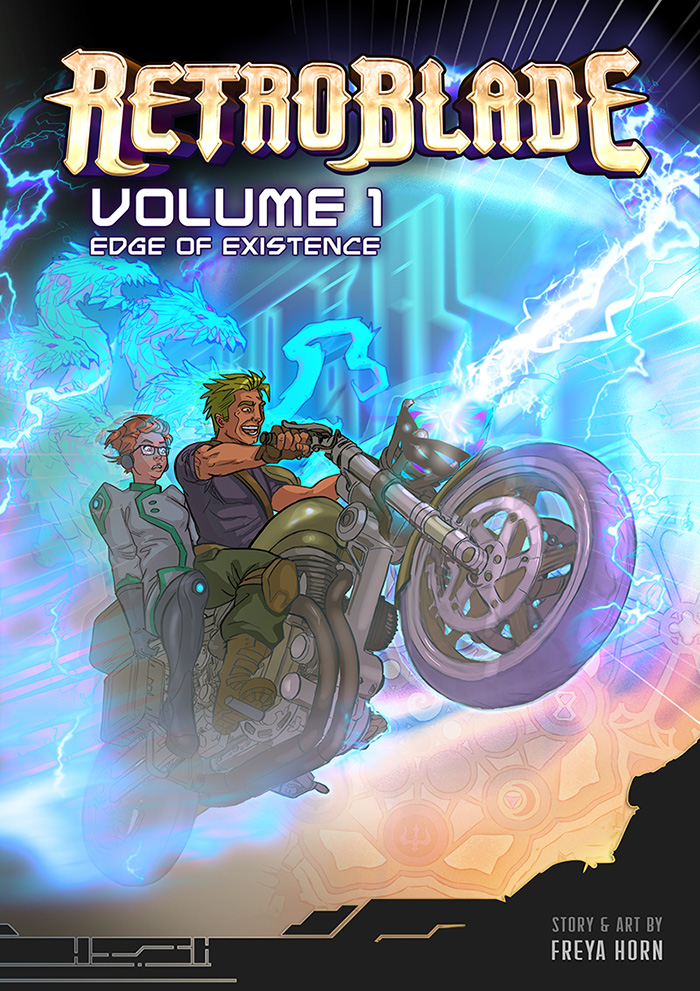